The immune system is a fascinating, complex network of organs, lymph vessels, and immune cells working in tandem as a defense system to protect us from foreign invaders and disease. Immune system organs produce, and are responsible for, the maturation of vital defense cells. What are the main organs of the immune system and their lifesaving functions? 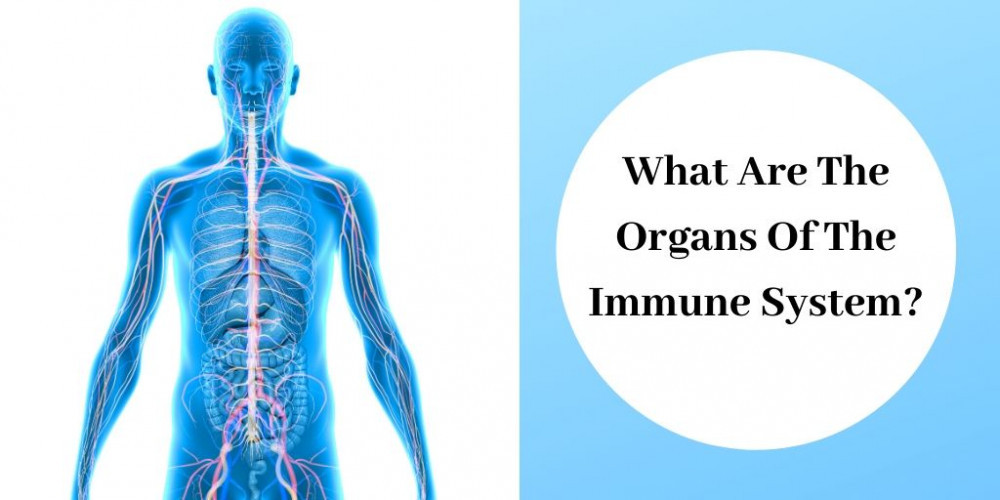 Immune cells are formed and matured from stem cells in the primary lymphoid organs, namely the bone marrow and thymus gland.

The thymus, a two-lobed, triangular-shaped endocrine gland, is located in the upper thorax behind the sternum. In children, the thymus gland is fully developed, and is quite large. It produces two hormones, thrymosin and thymopoietin, which promote and regulate the maturation of T lymphocytes in the lymph nodes. Following adolescence, the thymus gradually turns into fatty tissue.

Certain immune cells, including T lymphocytes, are differentiated in the thymus. These immune cells have the task of coordinating the adaptive and innate immune systems. T cells are matured in the thymus, in fact, the “T” in T cells stands for “thymus.” The function of the thymus is to train and develop these cells to defend the body from outside invaders, including viruses, bacteria, and fungi.

Bone marrow is a gelatinous, spongy tissue found in the center of most major bones. It can be found in flat bones, including the pelvis, skull, and sternum, and long bones, such as the femur and humerus. There are two types of bone marrow, red bone marrow or myeloid tissue, and yellow bone marrow or fatty tissue. Both types are rich in blood vessels and capillaries, which supply oxygen and aid in the transportation of stem cells, which are newly formed blood cells.

Stem cells are produced in the bone marrow, and when fully developed, are released into the bloodstream. All cells within the body are made in the bone marrow, which produce millions of new cells every day, including both red and white blood cells and platelets, or blood-clotting cells. Mesenchymal stem cells, made in yellow bone marrow, produce bone, cartilage, and fat. Red bone marrow contains stem cells, called hematopoietic cells, which give rise to other blood cells via a process called haematopoiesis.

Leukemia and lymphoma, diseases involving bone marrow, are so deadly because they destroy stem cells, and disrupt the bone marrow from making new cells. During a bone marrow transplant, stem cells are collected from the pelvic bone of a donor, and transplanted into a person with cancer to replace diseased bone marrow, in the hopes that the body can produce enough blood cells to prevent infection and regain health.

[Read More: What Is The Immune System?]

Immune cells in the secondary lymphoid organs perform the difficult task of fending off pathogens. Secondary organs include the spleen, lymph nodes, tonsils, and both mucus and gut-associated lymphoid tissue.

Ask anyone what the heart, stomach, and lungs do, and they can tell you several facts about what each organ does. Then ask them if they know what the spleen does and where it’s located. Most people have a general idea where it is in the body, but don’t know what its functions are. The spleen is located beneath the diaphragm, in the upper left side of the abdomen. It’s a multi-tasking organ that continually has a high volume of blood flowing through it.

Before birth, the spleen primarily produces immune cells and manufactures blood. After birth, its main function is to remove blood cells for specific purposes related to immunity. The spleen is also a storage site for immune cells before they’re released into the bloodstream, including T and B lymphocytes.

Platelets, or thrombocytes, are stored and removed in the spleen. Since it’s made of very soft tissue, the spleen can rupture quite easily if injured. Fortunately, other organs can compensate for its tasks in the event it has to be removed. 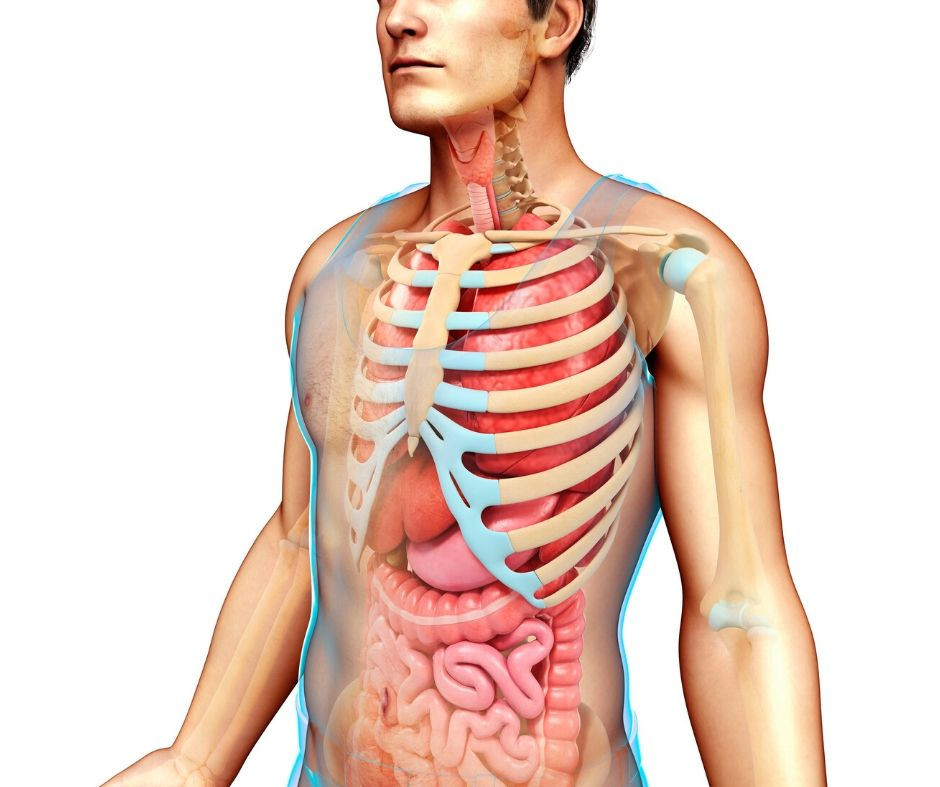 The lymphatic system contains vessels and lymph nodes, which have the primary task of exchanging fluid, waste, and nutrients between the bloodstream and tissues.

Lymph vessels drain excess fluid from the blood vessels and lymph nodes, kidney-shaped organs that function as biological filter stations to filter lymph before it reaches the larger lymphatic vessels, and ultimately the superior vena cava, where it empties into the bloodstream.

Lymph nodes are considered secondary lymphoid organs, and are interspersed throughout the entire body, clustering in major locations like the armpits, neck, groin, abdomen, and chest.

These immune cells are a first-line defense against antigens and invaders. T lymphocytes are involved in cell-mediated immunity, and destroy pathogens directly, while B lymphocytes mount a humoral, or antibody-mediated defense. Swollen lymph nodes are a sign that the body is mounting a defense reaction against infection, and can signal life-threatening conditions, such as cancer.

Because of their location, immune cells in the tonsils, which are lymph nodes, immediately activate the immune system by preventing germs in the mouth from gaining access to the body. Tonsils are a primary defense against infections of the gastrointestinal and respiratory systems. Tissue within the tonsils contain lymphocytes, which fight infection.

Tonsils are comprised of two palatine tonsils, one on either side, of the throat. Lymphocytic B and T cells are stored within a network of crypts, storage sites for immune cells. The tonsils also produce antibodies against disease. Additionally, there is the lingual tonsil located at the base of the tongue, the adenoids located above the roof of the throat, and lymphatic tissue on either side of the throat that protect against pathogens.

Lymphatic tissue in the mucus membranes, referred to as mucosa-associated lymphoid tissue (MALT), also provides defense against antigens. It is the most extensive component of lymphoid tissue. For instance, if viruses or bacteria try to gain entrance into the body, tissues in the urinary tract or airways mount an attack to prevent them from taking hold. MALT tissue is found in the GI tract, thyroid, salivary glands, eyes, nose, bronchi, and skin.

Gut-associated lymphoid tissue is a component of MALT. Its primary function is to protect the body from invasion by providing a mucosal barrier in the intestinal tract. GALT lies throughout the intestines, comprising about 80% of the immune system and 70% of lymphocytes.

Gut-associated lymphoid tissue is found in the lamina propia, or mucosa of the gastrointestinal tract, in the appendix, the tonsils, the mesenteric lymph nodes, and Peyer’s patches, which are organized lymphoid nodules in the intestinal epithelium.

The immune system is truly an incredible, complex network of organs, immune cells, and lymphoid tissue that work together to defend against viruses, bacteria, and other invaders. The primary lymphoid organs, including the thymus and bone marrow, manufacture and mature stem cells before releasing them into the bloodstream.

The spleen, tonsils, lymph nodes and lymphoid tissue in the mucus membranes and intestines are secondary lymphoid organs that defend the body against pathogens. Did you know the body had so many immune organs? Please share your thoughts in the comments:)

14 thoughts on “What Are The Main Organs Of The Immune System?”